On 12 September 2018, in cooperation with the British, German, French, Italian and Nordic Chambers the AmCham held the debate with candidates for Prague´s mayorality at the Prague Congress Centre (Kongresové centrum Praha). All candidates were given the floor for their statements and answers to the questions prepared by the Prague business community. The debate was moderated by prof. Štěpán Jurajda, CERGE-EI, Center for Economic Research and Graduate Education, Charles University, and Economics Institute, the Czech Academy of Science. 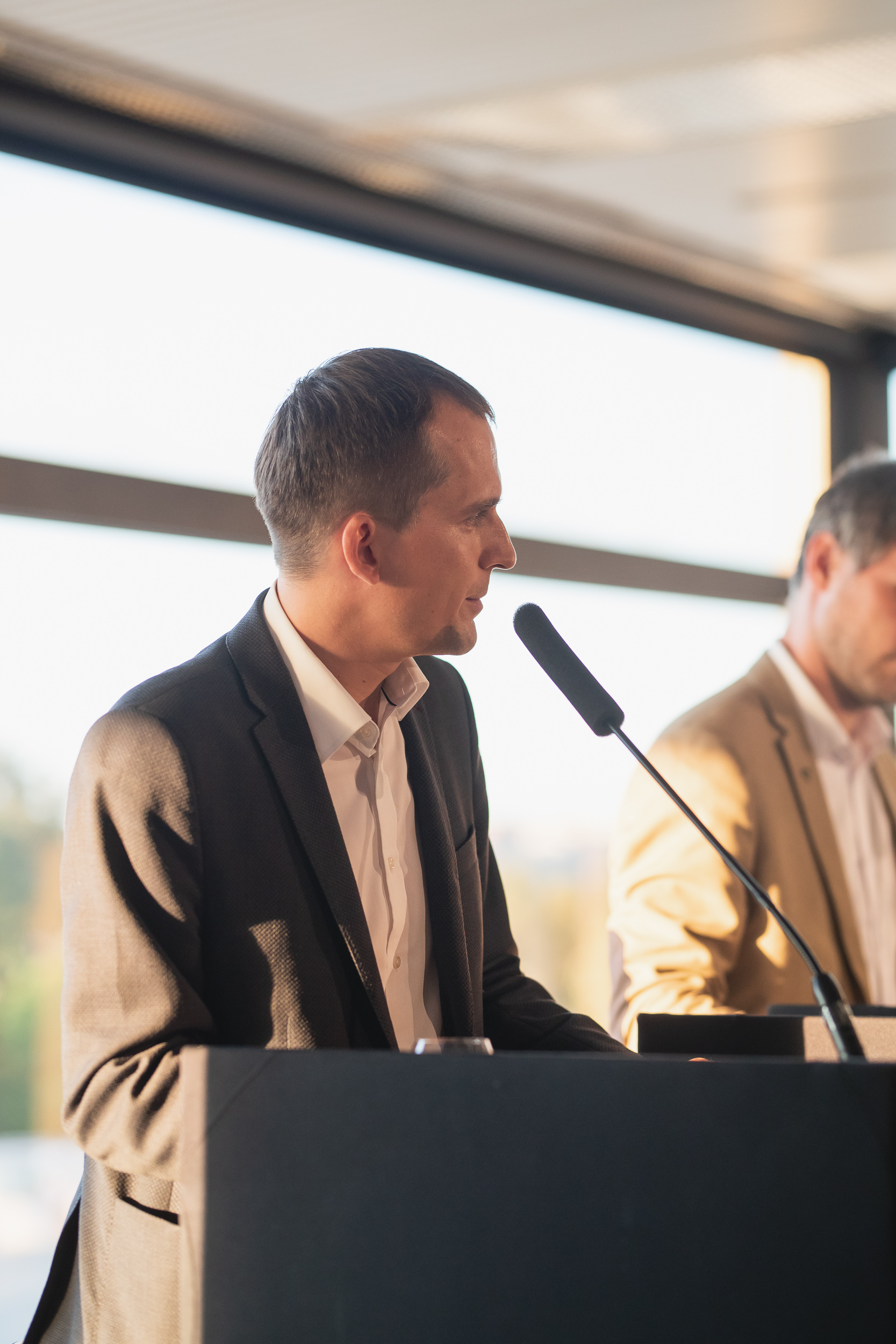 Praha sobě, Jan Čižinský: Praha sobě, as the party that generated the first citizen candidate list in the history of Prague (gaining 100,000 signatures and supported by at least 10 % of the city citizens), sees a problem of Prague in the areas of transportation, housing and “slow” processes of the City Hall. Prague needs a change. The party plans to apply its experience, gained in management of Prague 7 that was transformed in the past 4 years from a corrupted and slow city quarter into an area that behaves in a modern way for the whole city of Prague. Their vision for Prague is: a safe (in terms of crime as well as care for the elderly), healthy (including green areas and coping with the inflow of 14,000 people into the city per year) and open city (data, cooperation with the private sector, professional partnership with companies, schools and investors). Their inspiration is Vienna. The City Hall, open to communication with citizens, would need to build citizens’ trust. Concrete measures would include the introduction of project management where one person would be accountable for each project, informed and able to provide information about the progress, so that it would be clear who is responsible for project delays when they occur; as well as measures in transportation and renovation of city-owned apartments. 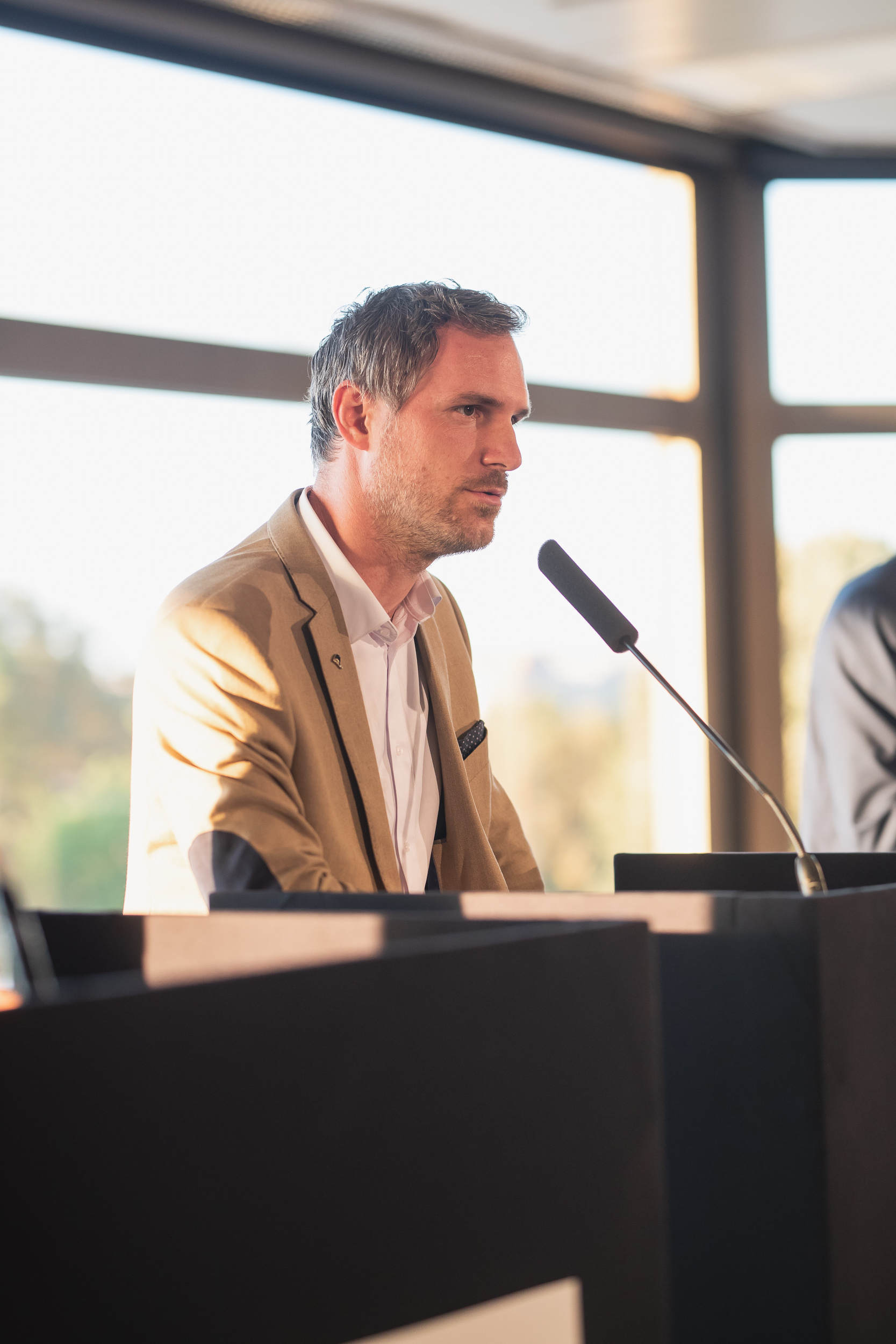 Pirátská strana, Zdeněk Hřib: The party wants Prague to become a role model for other cities in finding solutions for the problems of a modern metropolis. The party´s four pillars are: 1. Eliminating corruption from investment into transportation and decreasing bureaucracy; 2. Digital metropolis – e-communication, collection of data is a task for authorities, not citizens; 3. Planting 1 million of new trees and cooling Prague down in the summer a healthy city comfortable for living; 4. Services for a modern family, including housing and education (alternatives to the current frontal format of education system). The party demonstrates its mentality and differentiation from other parties in modern challenges of everyday life on the example of cannabis legalization for medical purposes (which would help around 800,000 patients in need), stressing tolerance and searching for rational solutions while avoiding ideological blindness. 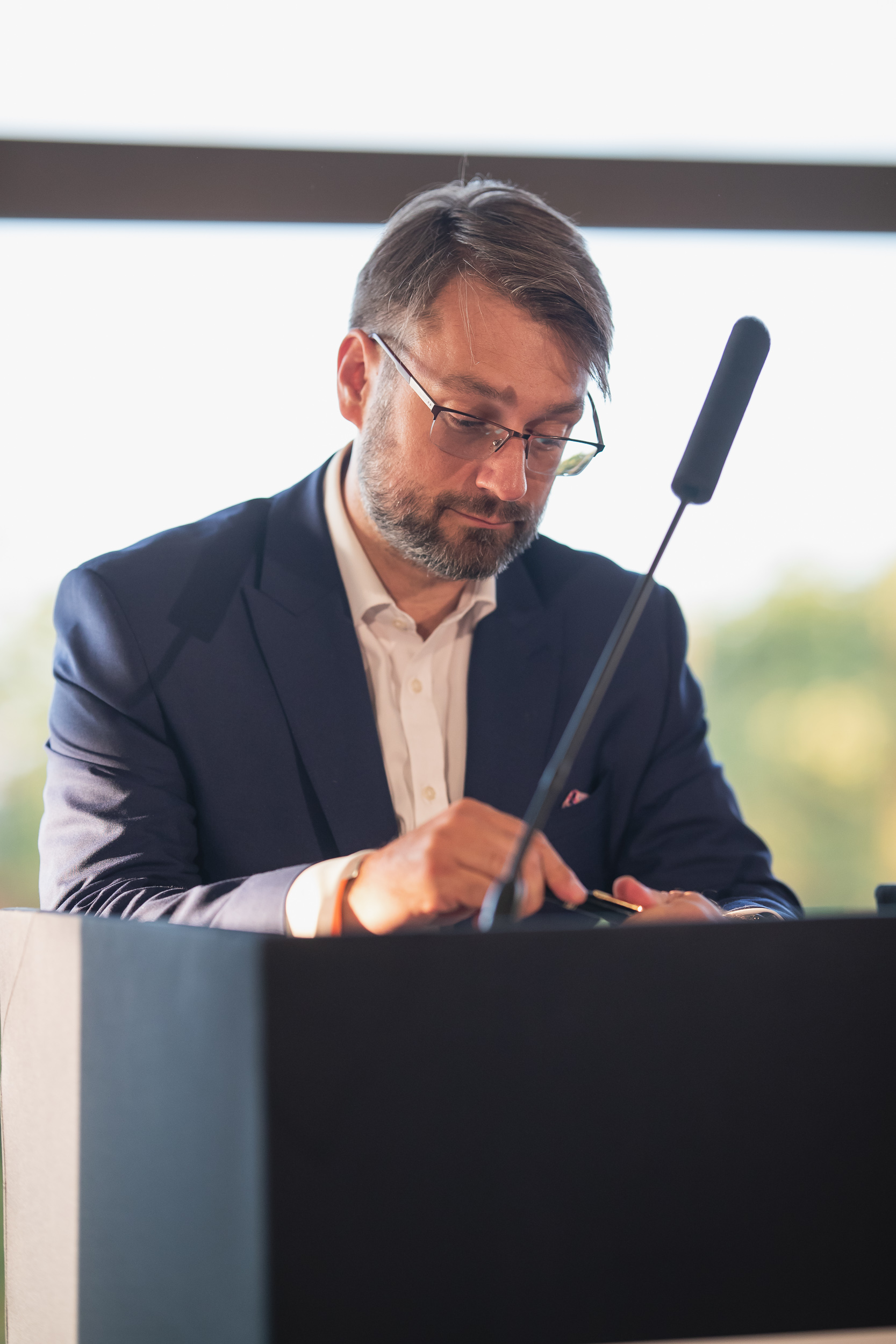 ČSSD, Jakub Landovský: Inspired by Estonia, Vienna, Nurnberg, the party envisions the city of Prague without barriers and plans to pour more money into the city economy. In terms of public transport, its idea based on economic analysis and supported by empirical evidence of its benefits is to provide citizens of Prague with free public transport. Their four pillars in the area of housing: Creating a pool of apartments owned by the city (10 % out of developers ´projects), increasing the ceiling of private ownership for the price maps (1.2 million CZK unsuitable), supporting the cooperative housing. The party stressed that a promise to finish the Prague ring road or to solve the housing issue in Prague in next electoral term by any candidate is unrealistic. The process towards solutions can be kicked-off, but at the end of the term, the issues will hardly be solved. 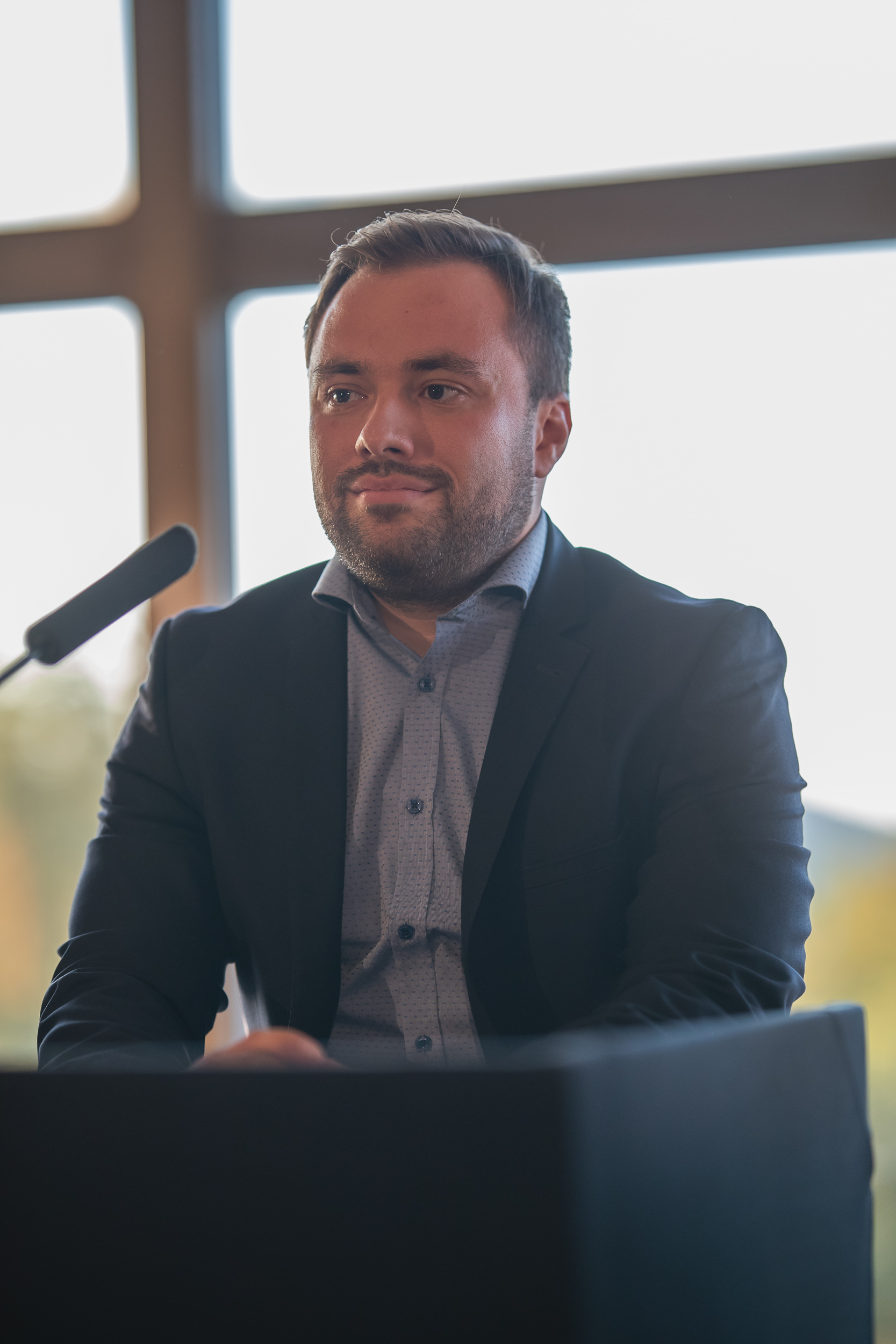 Spojené síly pro Prahu TOP09, STAN, KDU-ČSL, Jan Chabr: Cooperation, active listening, effective communication is the key for Spojené síly pro Prahu. The coalition believes that Jiri Pospisil with a history of advancing progress (based on his work at the Ministry of Justice, the legislative process and adoption of key legislation such as Criminal Code and Civil Code) will be able to apply it for Prague, too. Coalition´s priorities for Prague are transportation, housing, addressing the ineffective governance by authorities, digitalization of the city, insufficient competence of the educational system. The aim is to improve the communication between the City Hall and the city parts. Wishing the capital became a modern, prosperous and growing city, the party offers professional administration and governance. It offers the professional and experienced mayors of the small city quarters capable of effective communication with citizens as well as the mayors of large city parts capable of communicating with investors on the big projects. The coalition Spojené síly pro Prahu aims mainly at a consensus, because without consensus the progress cannot be achieved. Their priorities are transportation and housing, the issues that might need more than one electoral term to be solved.  In terms of digitalization, the coalition wishes to work on the implementation of automated processes with the investors, and their ideas. 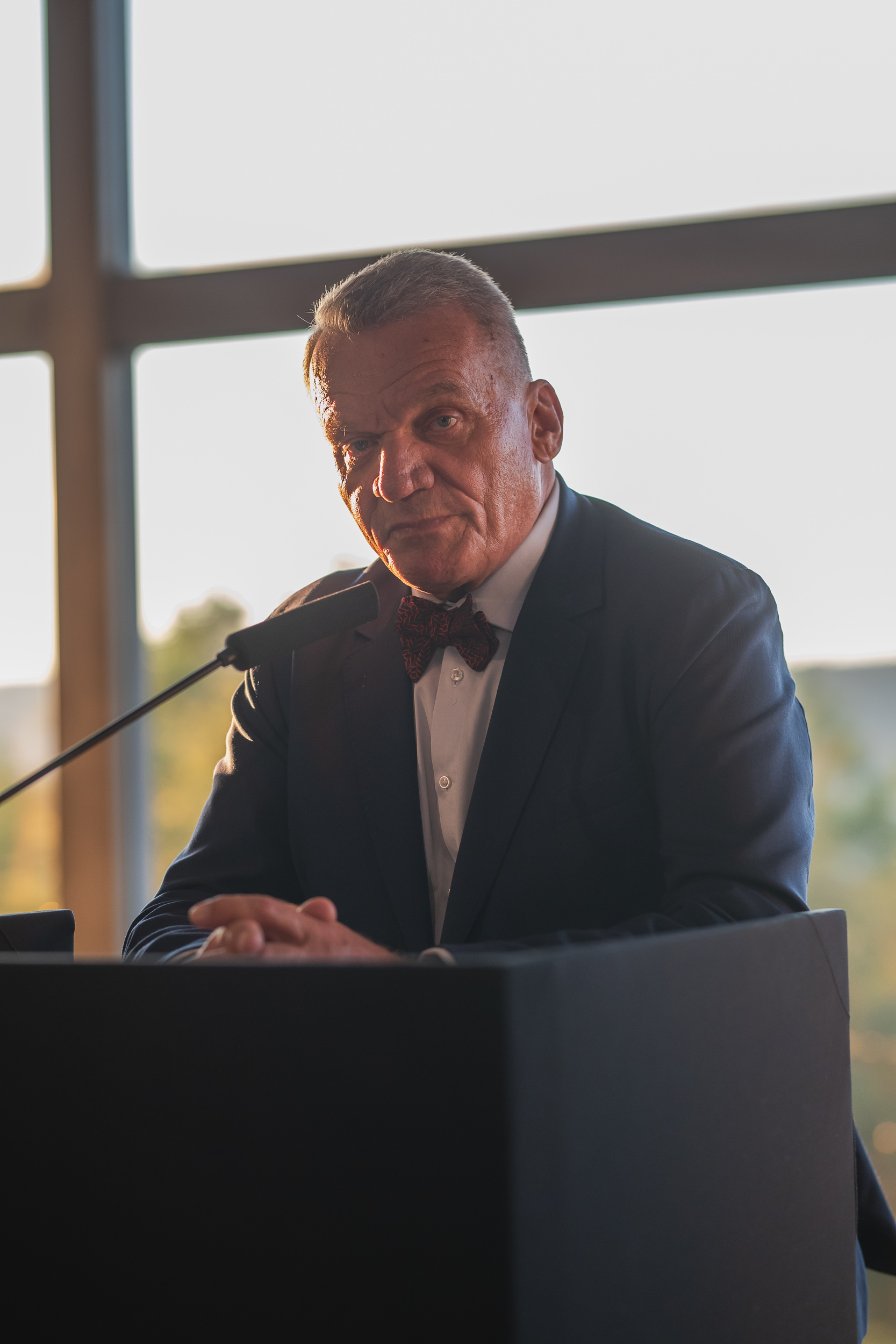 ODS, Bohuslav Svoboda: Based on Mr. Svoboda´s experience as a former mayor he believes that Prague should be attractive for people to live and work in and needs to cope with three major problems: 1. Transportation – dependent mainly on the finalization of the inner and outer ring of Prague, without it, all other ideas, including public transportation for free, are an illusion 2. Parking – lack of parking lots for Prague citizens (outside their own city part) 3. Housing – the prices of apartments need to decrease. The ODS plans to finish a number of projects that were abandoned after Mr. Svoboda left the mayor seat. With a team of professionals, the party plans to work on solutions for transportation, housing, parking issues which needs to begin immediately. Realizing that this is not a project for one year, the party would like to concentrate on the issues that hamper the city the most. The process of digitalization will run parallelly – accelerating process permits. One of the key visions of Mr. Svoboda is to build a Prague concert hall, so the city of Prague can compete with all other major cities, not becoming an open-air museum.