Debate with Prague Mayoral Candidates 2018 - The Future of Prague 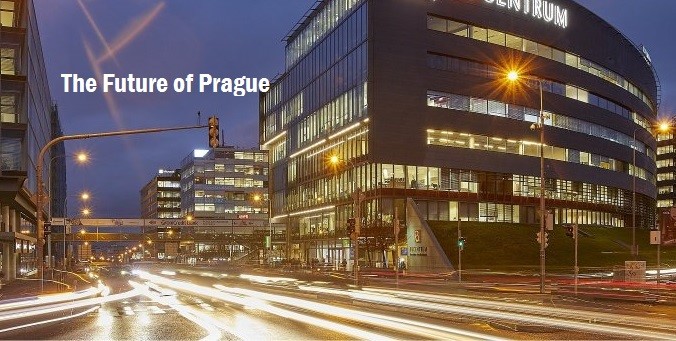 Prague is the main job creator in the country and has the potential to become one of the most important hubs in the European economy. To rise to that level, the city needs a development plan that attracts creative talent and aids the growth of their skillset, builds a worldclass digital infrastructure, connects the city to partner cities in the region, Europe and the globe, and turns city services into a competitive advantage.

The six top candidates for Prague's mayoralty will appear together on September 12th to debate their development goals for the city. All candidates will make a statement and then be asked the same five questions prepared by leaders of the Prague business community.

Organized in cooperation with the British, French, German, Italian and Nordic Chambers, the debate will start at 1830 pm at the Prague Congress Center (registration starts at 1800 pm).

The candidates will debate following topics:

Many city and national governments are introducing measures that would increase citizen awareness and involvement in public policy decisions, introduce more research and evidence-based policymaking, and increase accountability for those decisions. What is your assessment of Prague City governments current method of decision-making, and how would you like to change it, if at all?

Working with information technology and automation is spreading quickly to all sectors of the economy. Communicating with machines will soon be as important part of an employee's qualification as the ability to speak German or English. What plans do you have to improve this ability in Prague residents?

Prague and Central Bohemia are the highest job growth areas in the country. What specific plan do you have to work with Central Bohemia, the Ministry of Transport, Czech Rail and other relevant entities to improve the commuter infrastructure to ensure that Prague's economic potential will not be stifled by a lack of workforce?

The prices of Prague housing have risen to levels that make it difficult for entry level workers to rent or buy in the city. What plans do you have to increase the number of affordable entry-level housing in the city and surrounding region?

Prague increasingly relies on tourism to drive its economies. Many of the leading businesses in tourism worry that the city is not attracting enough repeat visitors, or has not developed the convention infrastructure to compete against Vienna and Barcelona for convention business. What plans do you have to increase the amount of revenue the city receives per tourist day, and to increase the number of repeat tourists to the city?

Digitalization and big data analysis are key elements in both economic competitiveness and city governance. What plans do you have to help build a digital infrastructure that provides  an affordable, worldclass network for citizens and companies? What are your specific plans- for instance in areas such as traffic management- for using "smart city" concepts to improve the efficiency, the effectiveness of decisions, and the transparency of city services?