On 17 September 2018 the AmCham held another pre-election roundtable with Tomáš Portlík, ODS. According to the ODS programme Prague has experienced two decades of prosperity and development, however, in past six years it got stuck due to the lack of competence of current Prague administration. The Prague City Hall(s) administration should serve, not interfere. 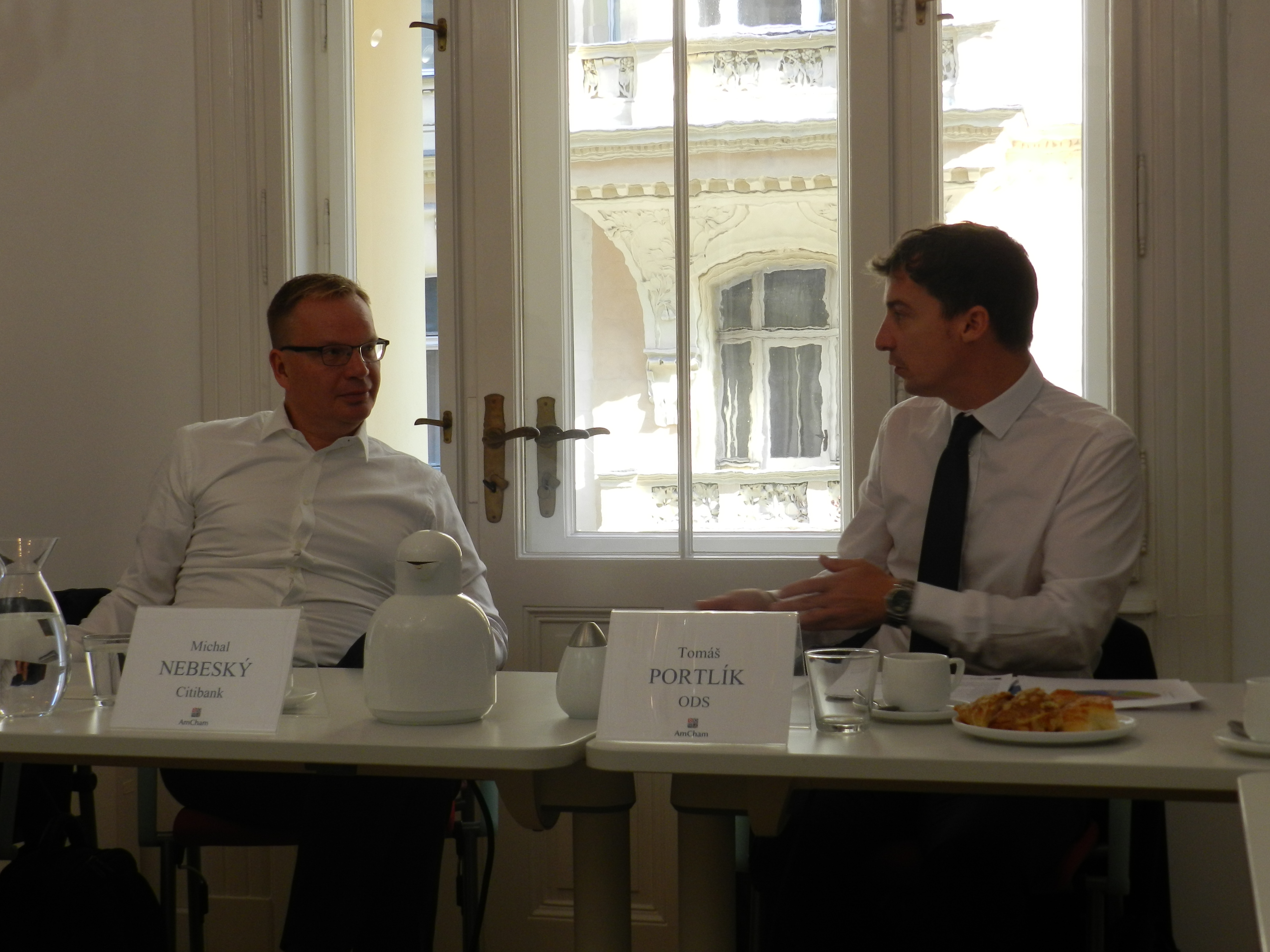 In transportation, Prague urgently needs inner and outer ring road network system to be finished, the latter within the next 10 years. According to Portlík, however, it is important that the political representation follows the original plan established by previous administrations. ODS also wants to push for the Libeň Bridge repairing process and plans to speed up the process of connecting the centre with the airport by public transport. ODS realizes there is a significant need for more housing projects. As Portlík noted, Prague is in 132th place regarding housing capacity. The problem is seen not only in local land plan for Prague, but also in the long and complicated building process. According to Portlík, the state administration should not waste its time on amendments to the Building Act and on more and more regulations, as the outcome might be far worse than expected. He suggests that the political representatives change as little as possible in the process itself, stick to the deadlines and stop interfering if the investor follows the plan. In terms of social housing, the city should build a few flats only for those that are in need the most, for endangered cases, as a short-term help, and avoid building the social ghettos. He thinks there needs to be other way how to help the citizens socially in need, e.g. homeless people of Prague, supporting his statement with the Devítkové homeless blues project.

As of Institute of Planning and Development, the name Institute implies the word openness and independence, however, the IPR cannot be independent, because the independence in its visions on how Prague should look like, means financial burden for us (Prague citizens). In terms of a metropolitan plan, IPR has come up with its vision and begun to prepare a strategic plan, but it grafted things into the city that cannot be implemented in practice. Therefore, Portlík thinks that IPR should be more about performance and activity, and less about theory. There should be less advice on where and what should be built but more real activities and deadlines. “It is a policy of the city, not the policy of architecture” Portlík notes. ODS plans to give IPR back to the hands of the politicians who are directly responsible for the decision-making process.

Regarding the employment and support of universities, Portlík thinks that the political representatives on municipal level can do little. He suggests that Prague could boost agreements and projects with investors and companies in which the capital would support universities and the investors (e.g. GE) would help in research.

The best election result for ODS would be majority to make decision-making process easier, including fewer kinds of programs and policies, less votes for different issues and less preferences for one´s own little interests. ANO, Spojené síly and Pirates might be considered as part of after-election political coalition. According to Portlík P. Stuchlík from ANO has excellent managerial overview and his perception and mentality is well built to be able to handle managerial volume; Spojené síly seems to be more concerned with the “good” than with the work itself. Their priorities could be perceived as confusing because each party within the coalition itself has quite different priorities. The Pirates are known as predictable opponents of everything possible. “It is difficult to believe that those who vote with you one day would not file a suit against you the next day”.

As for the question How do we develop an international tourism infrastructure that will allow tourists to spend at least 2 days (instead of spending these two days in Budapest or Vienna) in Prague? Portlík suggests that the question might not be of how to make Prague more attractive, but how to connect it with the tourists. As claimed above, ODS plans to support connection system between the airport and the city, to support unique architectural buildings (such as a dancing house) and to fight Prague centre public space popular among “stag party” tourists with new projects and events (such as Signal festival etc) that eliminate this kind of buyers´ demands.

Regarding employment, Prague (and the Czech Republic as the whole) needs to open its market to the economic migrants from the East. The only obstacle he sees in relatively strong trade unions and their requirements who participate in every debate, interfere in a lot of issues and constantly demand wage increase (omitting the fact that wages in the public sector are starting to overgrow wages in private sector). As far as employees are concerned, he supports opinion of the Czech Chamber of Commerce.