The Ministry of Finance presents tax update to AmCham members

On October 4, the AmCham hosted a tax policy roundtable with Stanislav Kouba, a director of Income Tax Department from the Ministry of Finance. Mr Kouba presented tax update on the digital economy, research and development tax allowance and new tax tool – tax data information box (daňová informační schránka). What is a stance of the Czech Republic, particularly the Ministry of Finance, toward taxation of the digital economy? Does the Czech Republic take into account (rather restrained) attitudes of other EU member states? How could the system of tax data information box be enhanced? Is it possible to facilitate procedure of the research project submission in advance to apply for the tax allowance support? 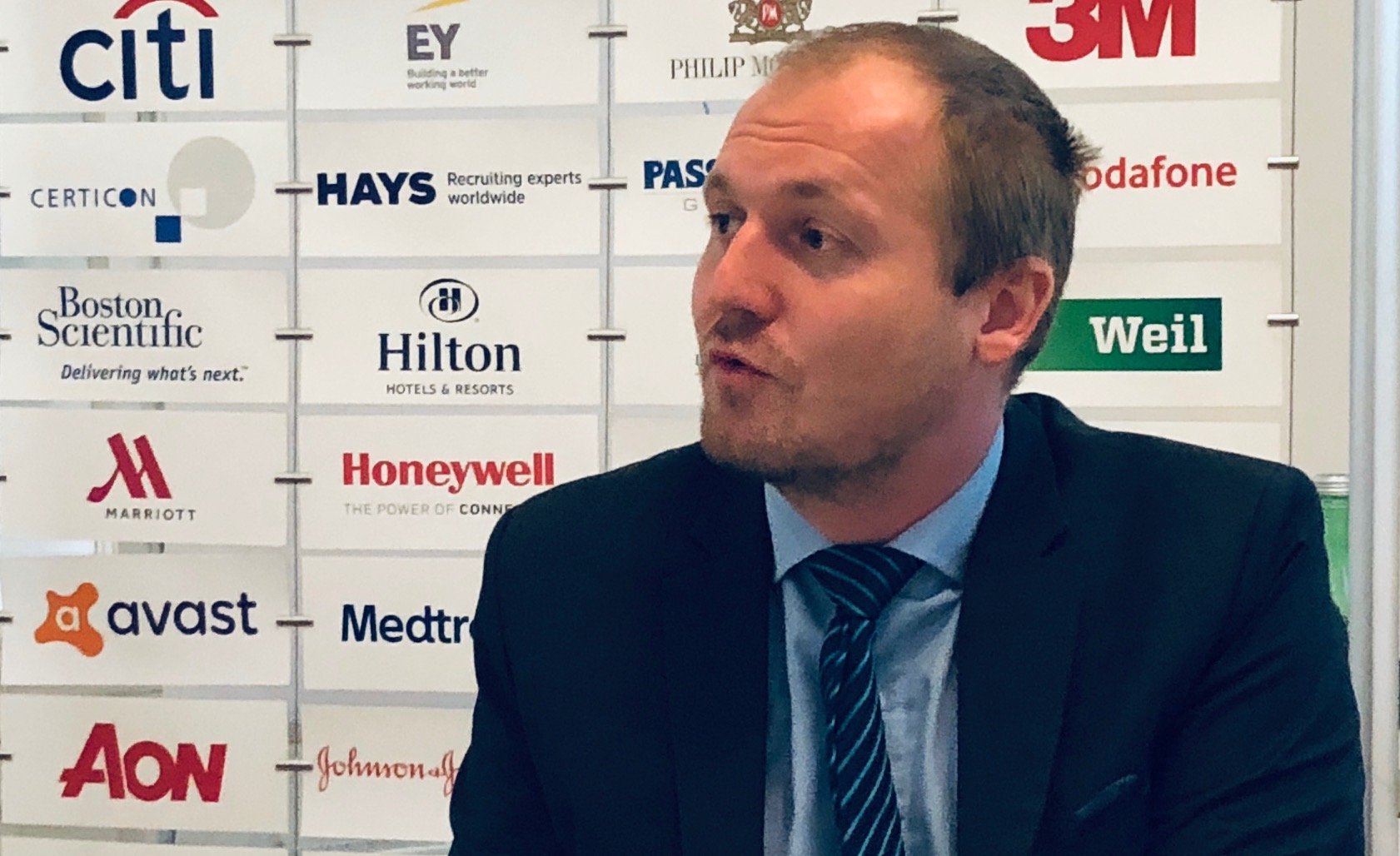 The digital economy has been changing the world economic order and the taxation of business dealing with digital technology became a political issue discussed internationally. Still more and more voices are asking whether the companies operating in the digital economy should move a certain part of its tax base to the country of the platform users (e.g. Google, Facebook, YouTube). The long-term measure, the final solution, will be significant digital presence, determining whether the nation-wide platform is significantly affecting the market. This needs to clear the concept of digital/virtual business premises replacing “a stone shop”, as part of the EC plans to introduce a common assessment basis for corporation tax. According to Mr Kouba, however, more crucial technical issue is how to change trans pricing (TP) guidelines rather than to specify the virtual business premises. Particularly whether it should change only for the digital economic sector or for all sectors and businesses in general.

As the concept of TP standards is not clearly dealing with either only digital or tradition business, we can easily find ourselves in a situation where these two different standards can create mismatches that will lead to double taxation/no double taxation. So, Mr Kouba thinks that the guidance should change across the sectors. But at the same time, this might bring a certain amount of uncertainty.

In 2020 the OECD should issue the final report Task Force on the Digital Economy. The EU has decided to go, along with the OECD, its own way of a short-term measure. The EC has presented specific proposals in the two draft directives, first one being a proposed interim measure of a 3% digital services tax on the gross revenue and a second one a longer-term solution considering a taxable significant digital presence. As the short-term measure the EC proposes to tax the companies with annual global revenues of €750 million and annual revenues from taxable digital activities in the EU of €50 million. The longer-term measure is targeted at the profits generated from a significant digital presence in member states, regardless of business physical presence. 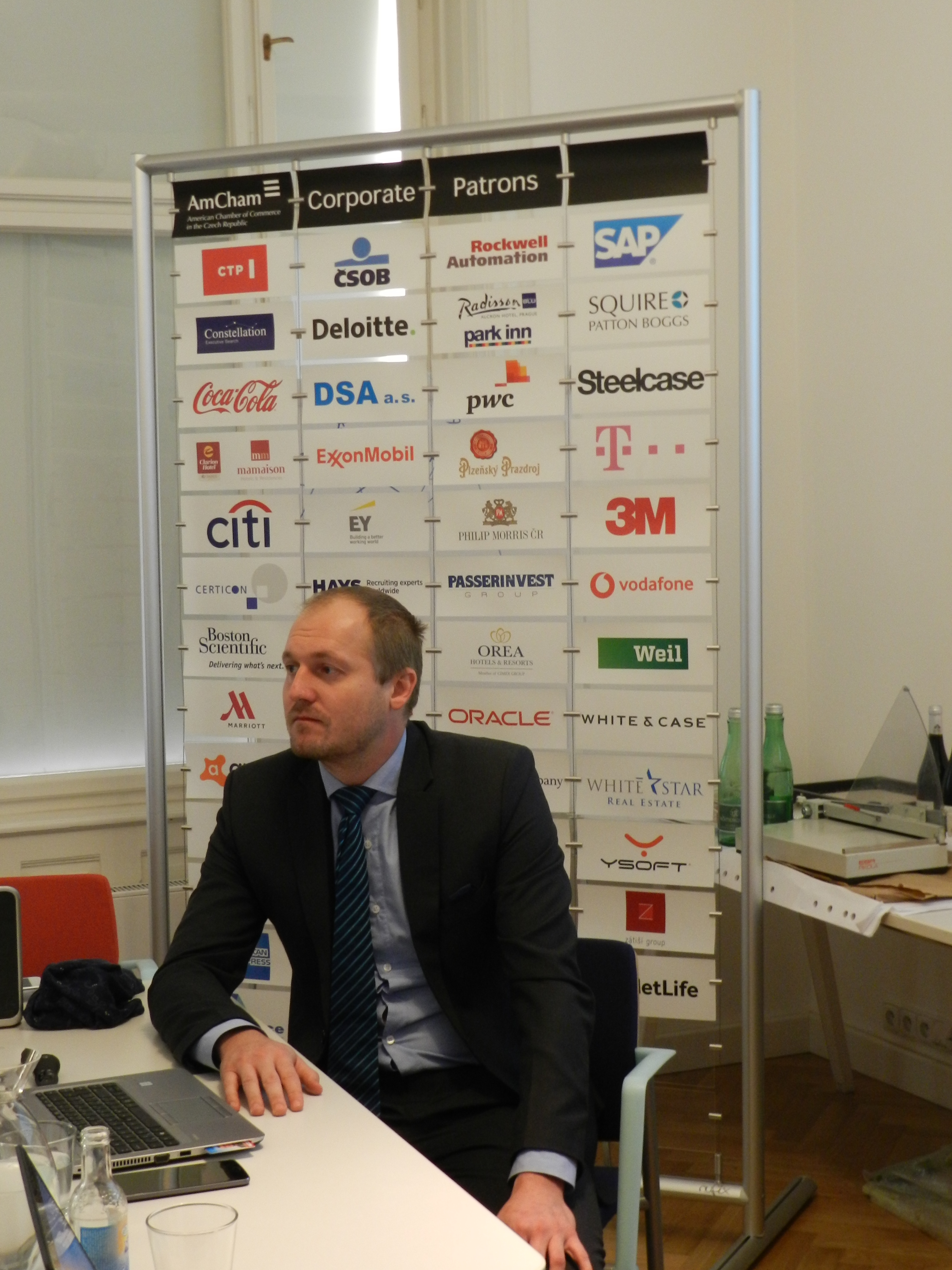 The position of the Czech Republic is, according to Mr Kouba, skeptical towards the long-term EU measure, as there is a great risk that it will conflict with the OECD report. The Czech Republic should avoid adopting purely EU solution as broad international agreement is crucial. The Czech Ministry of Finance supports agreement on a higher level, stressing that the issue should not be about tax evasion, but about the different redistribution of the global basis.

Regarding recommendations on amendment of the double tax treaty, the Czech Republic is concerned about the nature of the tax, as each turnover tax can lead to a partial transfer of the tax burden. “Meaning, a turnover tax will lead to an extra cost for the provider to be transferred to the customer, which will be reflected in the rise of the consumer prices. It is, of course, positive for the Czech budget as it would bring money, given the government´s fiscal policy is expansionary, but for now, until the issues of the treaty and tax burden transfer are cleared, our attitude will be reserved.” Mr. Kouba added.

As for arbitration conventions, Mr Kouba explains that the purpose of the negotiation procedure is an agreement, a lawsuit is the second instance. The AmCham members, however, suggested this is not possible in practice when an arbitration convention is opened at the time of a tax control. In practice, the taxpayer must decide whether to go to arbitration or court proceedings. It is not possible to practice both rights, albeit in another time period.

Within R&D topic, some technical changes in legislation has been prepared that should make administration procedures easier and avoid tax frauds when the companies applied for tax deduction of any project claimed as R&D. The main changes are that the taxpayer is not obliged to start the R&D project before R&D activity. The company just needs to state when it would like to start to use R&D incentive.

As for the expertise and expert opinion, which can be crucial in R&D project assessment, the tax administrator can turn to TACR (Technical Agency of the Czech Republic). However, as Mr Kouba stresses TACR does not make expert consultation, it only has the list of experts to contact. Therefore, in principle, the tax administrator can ask (and he does so) for an expert opinion, but at the end he is responsible for the tax audit, not TACR, and thus he is the one to make final decision. The policy of the Ministry of Finance is mainly to cut off administrative burden and simplify, avoiding a risk of corruption. 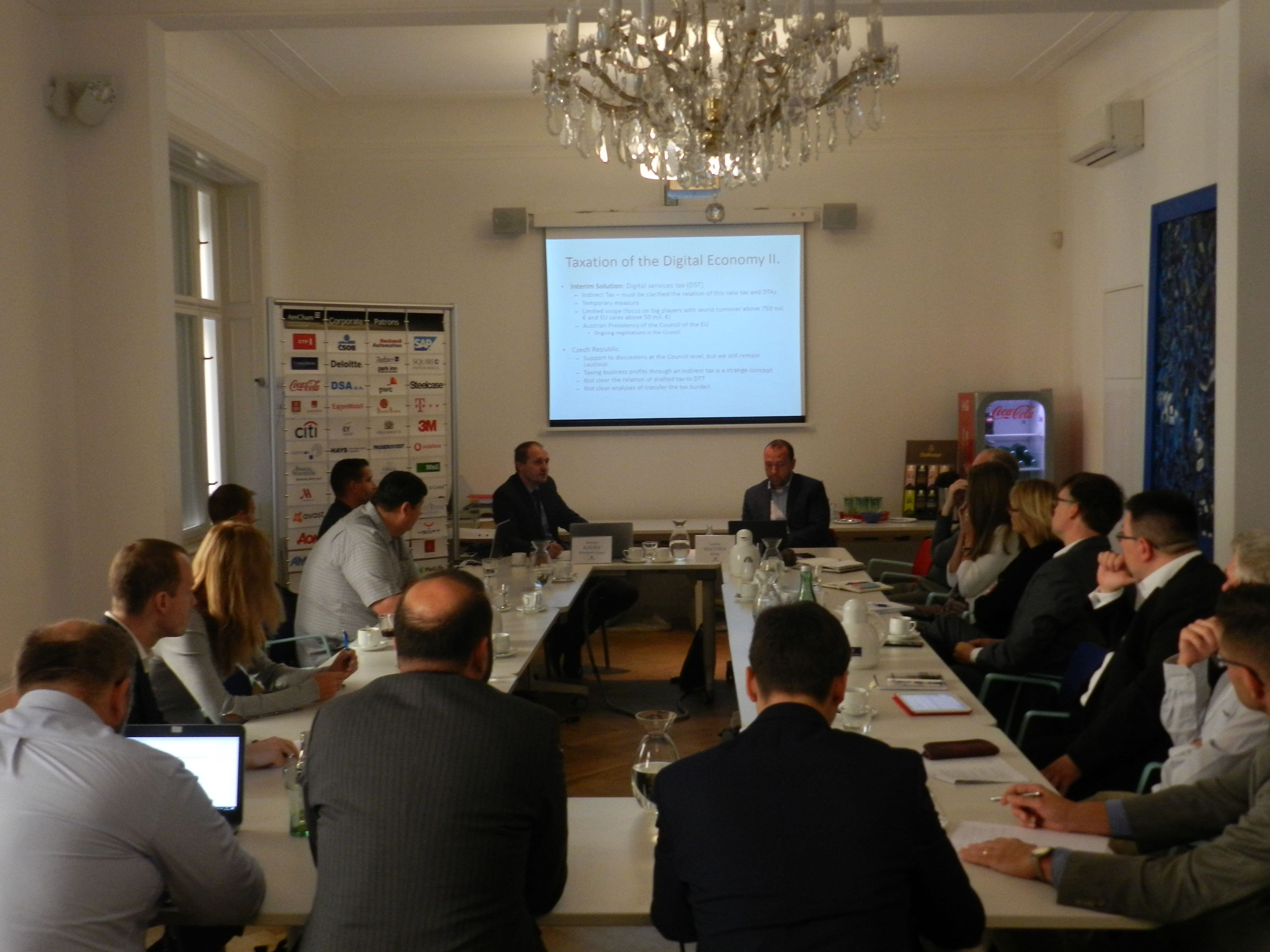 The AmCham members also suggested whether it would not be worth considering complementing this policy with reduction of social insurance cost which will reduce company´s cost of employees, meaning cheaper employee will be a huge motivation to place a R&D center in the Czech Republic.

Digitalization of tax administration is considered as a significant milestone, changing the core of IT system which is still in the early 1990s. The changes will happen gradually, but the main benefits of this “tax internet banking” will be filling the tax returns easily, having the history of tax obligations in one place, no need to fill payer´s credentials over and over again etc. The system will ease also a burden of the taxpayer (employer) who will send the data to the tax administrator and in future he will not need to submit annual tax settlement report for the employee. It will also divide responsibility for data submitted between the employer and the employee (so far any mistakes have been credited only to the employer).