On 29 August AmCham held the pre-election roundtable with Štěpán Štrébl, campaign manager of the Czech Pirate party, on AmCham economic priorities for Prague. 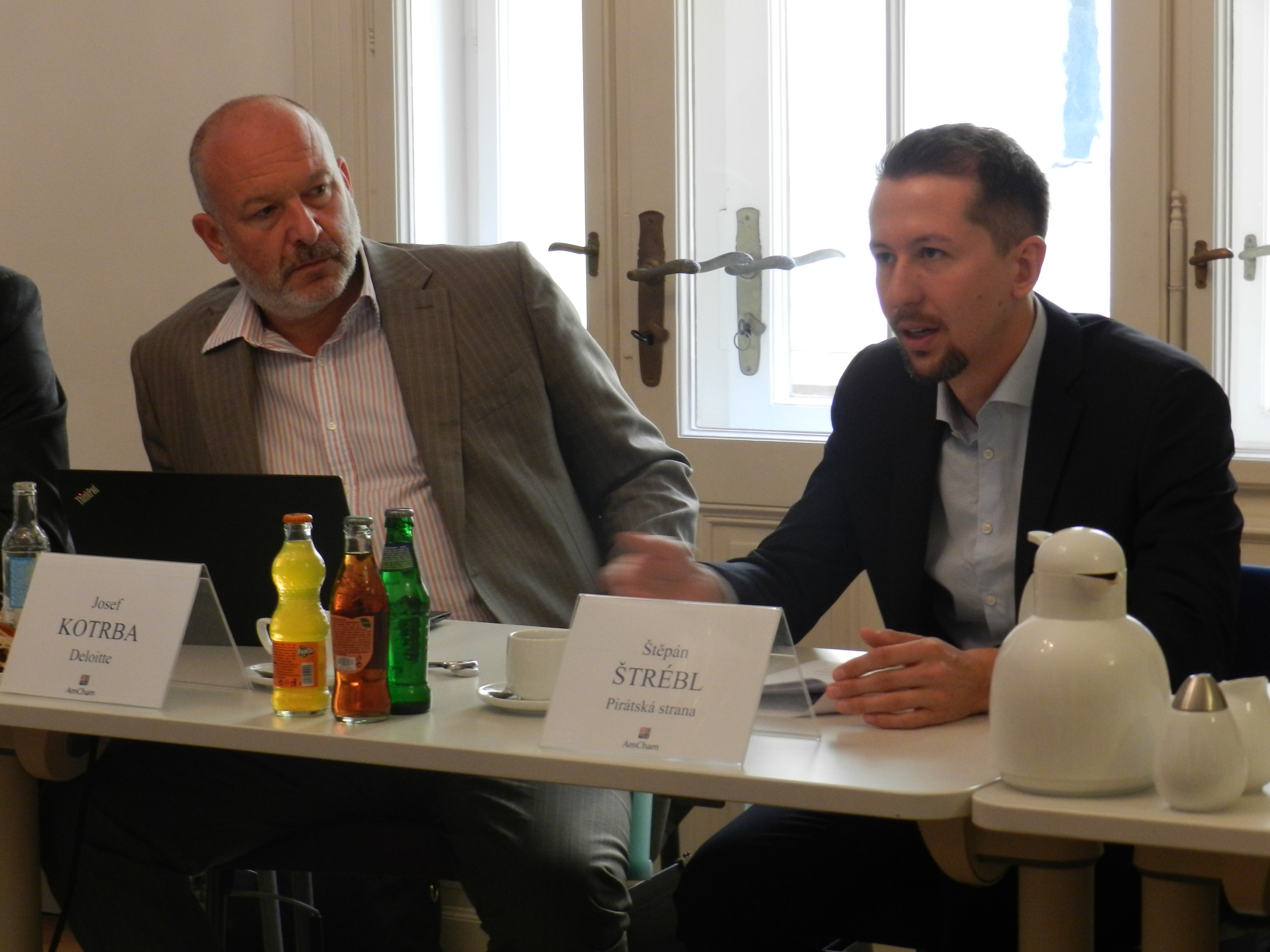 The Pirates stress a need for transparency in every sector, incl. transparent public procurement, transparent contract management and administration (all public contracts in the register of contracts),  avoiding holding multiple posts by state officials, providing transparent accounts of political parties and transparent accounts of state administration offices (they would even go as far as to provide transparent information on the salaries of civil servants, which might be in conflict with the law, they admit). They claim that the politicians and high-ranking public sector managers should be required to publish their budgets and declare their properties to the public.

The Pirates are not fully in agreement with work permits immigration policy (increasing a work permits quota for the Eastern countries) as according to them, and it is not applied only to the transnational companies, it is necessary that the wages of less qualified jobs here in the Czech Republic (and Czech citizens) start growing. “It is easier for companies to pay lower salaries and use cheap workforce from abroad” Štrébl claims. Therefore, the Czech citizens should have good working conditions and higher salaries should be balanced by modern technologies. 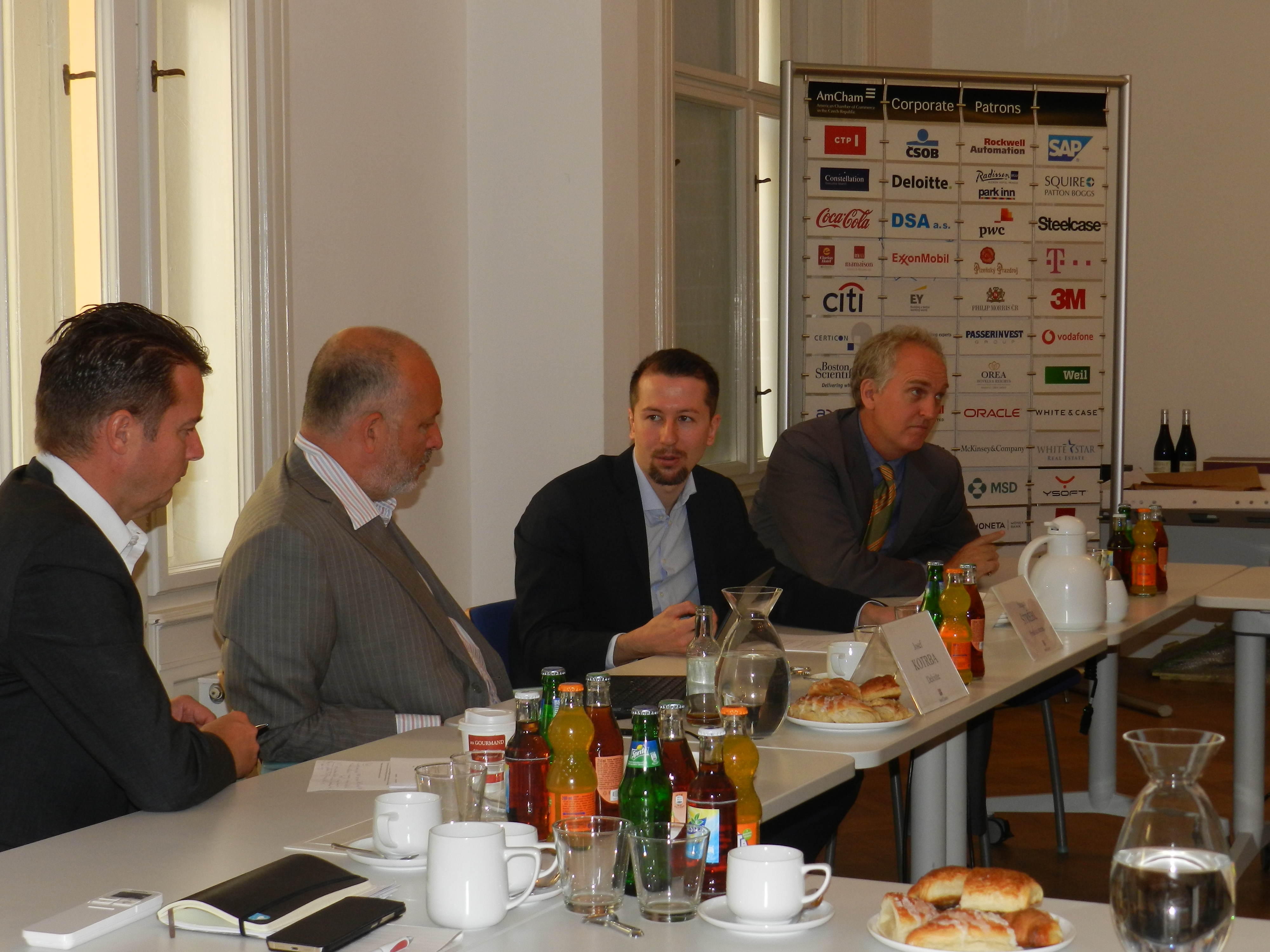 In education, they support removing barriers that hinder access to education from all levels of society and wish that the digital technology is taught and used at all schools. They also wish to support change in the learning process at schools/universities so the students not "just passively get and mug up information", but they are linked to the practice. Therefore, they will strongly promote the link between education and private sectors supported by the state, support increase in practice/internships programs provided by the private companies. They also support public investment in research and development, and development of new energy technologies, particularly in research projects on renewable energy resources. They promote open access to research and study materials, public support for scientific workplaces, incl. reducing bureaucracy and administration and financing of public research from the state and region budgets (in form of public grants).

On transport network in Prague, they support finishing the Prague City Circle/Bypass and building the metro D, they even plan to return tram infrastructure to the Wenceslas Square, however, again they strongly stress transparency in the management and organization of road and rail public networks and public organization that are in charge of development of transport infrastructure system in Prague, giving PPP (Public-Private Partnership) project as an example of non-transparent and disadvantageous project for Prague.

In relation to digital Economy, they are not, in the first place, against platforms such as Uber, Liftago, Taxify or AirBnb, even though in case of AirBnb they admit it is one of the reasons of price increase of accommodation in Prague. However, they stress it needs to be regulated by law, meaning e.g. that taxis do not have to use yellow sign “taxi”, however, should be labeled as Uber taxi provider. What they consider as important – it is some kind of “self-regulated business environment” in which these kind of services (registered as entrepreneurship by law) are based on evaluations/references from the customers. In that case, the state bodies will not need to intervene as the market will do its job itself.

In relation to Housing, Pirates support creating a new (incl. entry-level as well social) housing in Prague (using primarily brownfields) which is currently on very low level because according to them investments go primarily to the construction of new offices and business spaces, rather than new housing for citizens.

They also wish to reduce the bureaucracy system for entrepreneurs as much as possible. They plan to enable a business to be set up in 24 hours online and from home. So, the whole process could be done on the internet, the fee could be paid by card online, and the entrepreneurs do not have to wait in a long queue at the authorities.  They support open source of public information and services to citizens and digitalization of documents shared online between authorities. They claim this would reduce the level of corruption, as officials would not have opportunities to incline to briberies to speed up the process. According to Štrébl, it is difficult to root corruption out if there is no data on how many and which officers are willing to accept bribes.

When asked which party/ies they would join for coalition, they claim that apart from political parties that are far from their programme priorities (such as SPD and KSČM) they would join the coalition with any party, as they do realize they would need to go either to the left or to the right. However, what is important for them it is personnel issues, meaning it is not party but people in the party (and their history while in public service) they have objections with. 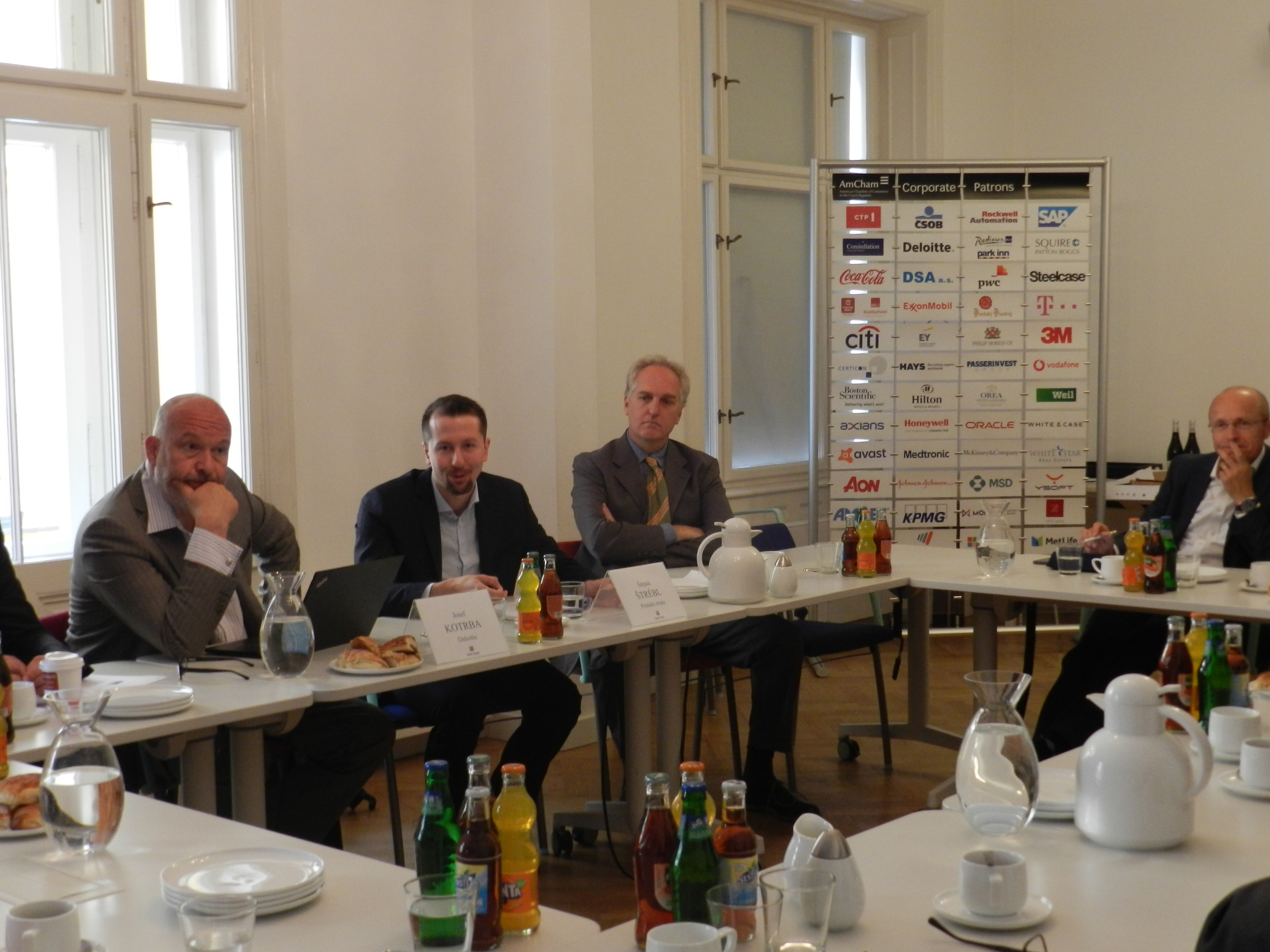