On June 14 Minister of Transport Dan Ťok and AmCham members discussed the current development in transport network in the Czech Republic, with 200 km already built and 150 km planned to be built and maintained in next few years. The building of the Czech tranport network connecting the Czech Republic with its neighbours is more likely to be finished by 2025.

"The approval procedure which has to be in compliance with the law of other ministries (the Ministry of Regional Development, Ministry of Industry and Trade, Ministry of Interior and Ministry of Justice) for transport network in the Czech Republic is very complex and has many phases, therefore, reaching the final approval can take up to 7 years." stressed the Minister when asked why the high-way construction is far behind schedule. The minister hopes that legal changes will speed up the procedures. 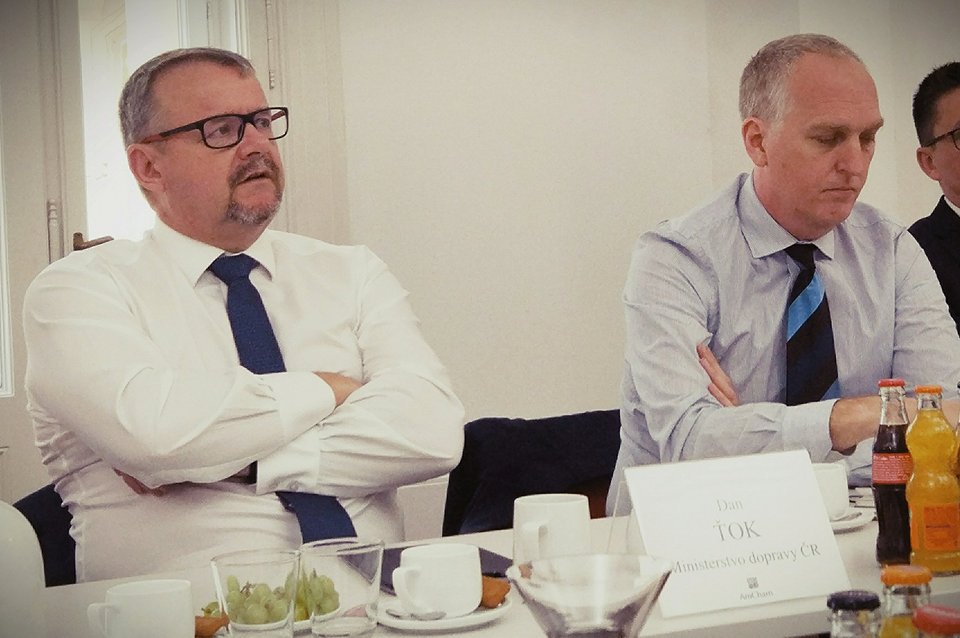 The minister discussed also the construction of D11 from Smirice to Jaromer, electric mobility in the Czech Republic which he noted to be planned to represent 10-15 % of all vehicles by 2025, and D4 motorway between Pribram and Pisek (so-called PPP project). The remaining part of the D4 via PPP was approved back in January 2016. According to the Ministry of Transport "contrary to the expected project price of CZK 79 million, the state saved more than CZK 50 million thanks to the public tender for PPP consultancy service".

Among other topics was also transport network from the airport to the city, rail network to the Prague center, so-called Prague Ring, speech control system, toll system.