Debate on the next 100 years of the Czech Republic: What would Masaryk think? 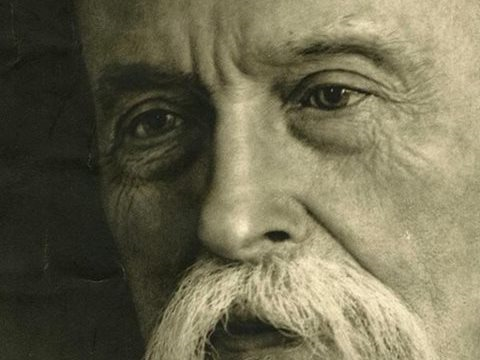 AmCham invites you to Debate on the next 100 years of the Czech Republic: What would Masaryk think?

He probably would not be very bothered with how long it was taking to form a government. After all, he had had to form a legion, negotiate and fight his way across a Russia in the midst of revolution, board a ship and cross the Pacific, take a train traversing the American continent, and discuss the formation of his country with an American president, Woodrow Wilson, who, as Masaryk gently described to Karel Capek, was "more obstinate in his principles" and "whose very directness would prevent him from understanding European statesmen".

And that might have been the easy part. Back home, he was faced with an astoundingly large number of political parties who liked to debate and dispute perhaps even more than those of today: ultimately, he pulled together a coalition of five parties (many of whom were themselves a coalition of political parties) whose mantra was "We have agreed to agree". But party politics were not the only problem. The country had 13.4 million people. 3.8 million of them were ethnic Germans or Hungarians who were not entirely enthusiastic about being part of the new nation.

In the face of all the internal dissension and disarray, President Masaryk had to construct a nation and a foreign policy almost overnight. He needed a clear understanding of minorities and immigration, and the country's relationship with the Europe of the time. That he and his cabinet managed not only to hold the nation together, but help turn it into an economic powerhouse is one of the most impressive feats in global politics of the twentieth century.

So how would Tomas Masaryk react to today's political situation? How would he view the country's policy toward Nato and the European Union? What would he think of the growing anti-immigrant and nationalistic politics inside the country?

We have asked one of the country's leading experts on Masaryk and his times, Professor Vratislav Doubek of Charles University, to speak about how Masaryk viewed these issues in his time, and how he wanted the country to develop. AmCham President Michal Nebesky, CNB Governor Mojmir Hampl, and Vaclav Bartuska of the Ministry of Foreign Affairs, will then relate Masaryk's vision to our times. They then will attempt to answer your questions.

Please join us for this discussion, and stay afterward for a glass of wine (and further, more elaborate commentary).

Register by March 16, capacity is limited, please make your reservation as soon as possible. In case of any questions, feel free to contact veronika@amcham.cz.